The Advantages of NMT® Titanium Anodes:

We can supply numerous accessories for use in CP applications in conjunction with our C anodes, including but not limited to:

In the ongoing search for energy efficiency and renewable energy, world-wide research hydrogen fuel cells has continued apace. They work like batteries, but do not run down or need recharging, continuing to produce electricity and heat as long as the fuel supply is uninterrupted. A fuel cell consists of two electrodes—a negative electrode (or anode) and a positive electrode (or cathode)—sandwiched around an electrolyte. A fuel, such as hydrogen, is fed to the anode, and air is fed to the cathode. In a hydrogen fuel cell, a catalyst at the anode separates hydrogen molecules into protons and electrons, which take different paths to the cathode. The electrons go through an external circuit, creating a flow of electricity. The protons migrate through the electrolyte to the cathode, where they unite with oxygen and the electrons to produce water and heat. Our anode and cathode products are used as the essential components in the manufacture of Hydrogen Fuel Cells.

Our MMO anodes and cathodes can assist in rehabilitating polluted soils. Whether these areas have been affected by inorganic or organic substances, the electrodes are embedded into the contaminated areas and a current applied. The polluting substances migrate to the cathodes and are eventually broken down into hydrogen, oxygen or carbon dioxide. 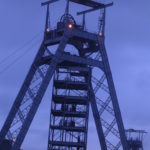 The International Maritime Organization (IMO) Ballast Water Management Convention was implemented in September 2019 and all vessels weighing more than 400 gross tons will need to be fitted with a compliant and approved BWTS by September 2024 at the latest. Electrochlorination is the favored method of ballast water treatment, accounting for over a third of all installed systems worldwide (source: DESMI) and uses iridium- and ruthenium-coated electrodes to produce dilute sodium hypochlorite (bleach) in situ. It is projected that between 2019 and 2024, an estimated 40,000 vessels will have to install new ballast water treatment systems (BWTS) to continue operating, supporting demand for iridium- and ruthenium- based electrochlorination systems.  Demand for electrodes is forecast to continue through the early 2020s, with year-on-year growth forecast over the longer term as well. 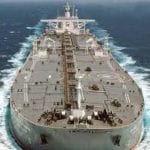 Fill out the form below and we will get back to you as soon as we can.